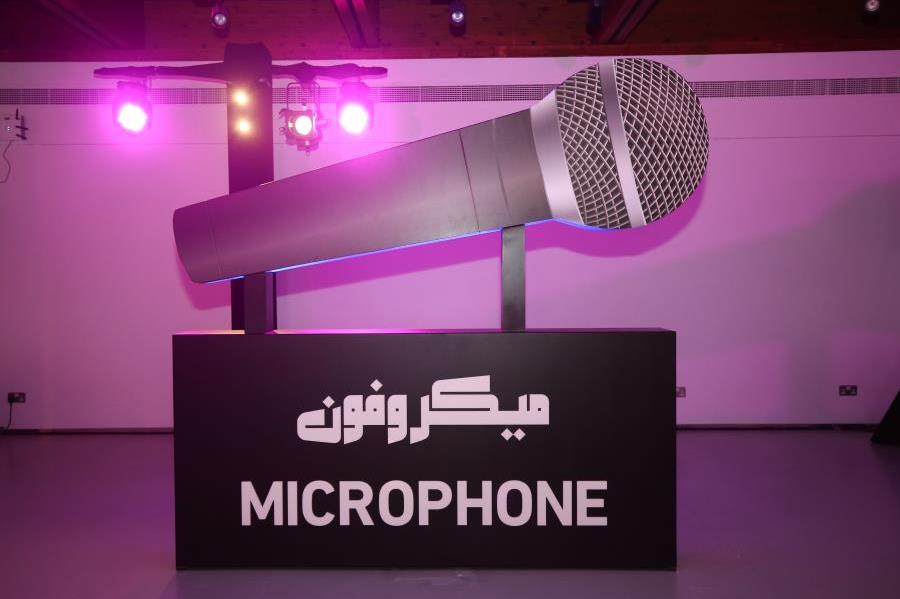 You are invited to attend a virtual talk as part of Al Qattara Arts Centre programme ‘Microphone’, entitled “Map of Khaleeji Cinema”.

The session will discuss the reality and future of Gulf cinema from the point of view of filmmakers, and will explore aspirations to create a better future for cinema in the region.

The session will be in Arabic, and will be streamed live on the Abu Dhabi Culture YouTube channel.

• Muzna Almusafer was born in Muscat, Oman. Her passion for art began at an early age, inspired by her father, who is a plastic artist and a photographer. She studied Mass Communication and Political Science at Kuwait University and following graduation, then enrolled in a film course at Stockholm University.
Almusafer’s first film, Niqab, won the Student Award at the 2010 Gulf Film Festival. Her second film, Cholo, won Best Screenplay at the 2014 Abu Dhabi Film Festival.
Almusafer served as the Deputy Artistic Director of the Muscat Film Festival in 2018, and a jury member at the Saudi Film Festival and Kuwait Film Festival.
With a focus on conceptual and experimental art, Almusafer’s work has been exhibited at Castelnuovo di Photography, Acta World Gallery in Italy, Biennale de Curitiba in Brazil, and Stal Art Gallery in Muscat.
She currently works as a documentary film director for Sultanate of Oman TV.

• Abdulmohsen Almutairi is a Saudi film director and producer who has participated in the making of more than 12 Saudi films. He has been involved with a number of award-winning Saudi films, including Black as a co-producer and Shorouq Sunset as a production director, and his film ISIS Girl also won an appreciation award at the Short Film Festival in California, USA. Almutairi received his BA in Film, with distinction, from UArts University in Philadelphia, USA. He has written articles on the topic of film for many Saudi newspapers and magazines, such as Al-Watan, Al-Majalla magazine and Al-Arabiya.

• Kuwaiti Director Dawood Al Shuail has directed many short films, as well as participating in the Gulf Film Festival and presenting TV and YouTube programmes with fellow artists and filmmakers .His films include The Chase, The Warrior, The Sniper, Police Officer Al-Fareej, Al-Jada, Investigation Officer, Previous Photo, One Precursor to the Invasion, The Assassination of Journalist Meshaal, and It Happened Once in the Desert. He is also the presenter of the programme Behind the Camera.

Mohammed Hassen Ahmed is an Emirati writer and screenwriter for film and television, and one of the founders of the film industry in the United Arab Emirates. He works as a technical consultant for content, and is founder of both Writing Room and Safar.
• Ahmed has worked as a professional scriptwriter for nearly two decades, writing a total of 17 short and feature-length films. over the years his work has garnered 32 important awards.
• His film Sabeel was screened at the Berlin International Film Festival. He has written more than six series for television, and also has four literary publications, including his book on screenwriting, Silent Light.